House call from the Doctor!

Today's blogpost was going to announce my 500th blog post giveaway but I am too sad to do that today. You won't believe today's drama! 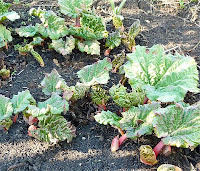 The day started out okay. I got up early to head out to the rhubarb patch. This photo was taken last week, and the rhubarb was much higher today, and I could get enough for jam (only need 4 cups). I made the first batch of blueberry rhubarb jam of the season...the rhubarb was fresh but the blueberries were the ones I picked last summer. The jam making went well (good consistency and proper seals) and I quickly had 8 jars canned. 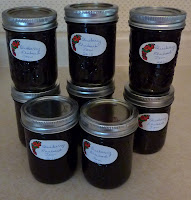 Remember that I told you last week that one of my quilts was accepted into a juried show? I had even emailed to confirm the acceptance of the quilt, and received 2 emails back confirming that it was juried into the show.
Well, today was opening day and guess what? When I got to the show I was given my quilt to take home! Was this some kind of cruel joke? I questioned them about it, but no, that quilt was apparently on the reject list.
How this could have happened, I have no idea. I will email the person who originally emailed me the acceptance letters, but an explanation won't change how this whole debacle felt today.
And then I had to leave that production to load up 4 vehicles worth of my daughter's belongings plus 8 jars of jam, and help move her into her own place (where she will live with 4 of her friends). And my problem is that what I don't want to be at home (the quilt),  is home... and what I do want to be at home (my daughter and all her stuff),  is not!!

So tonight the Doctor had to make a house call!!
I am going to take a nice hot bath, have a little visit with the DR., and call it a day.
Posted by Quilter Kathy

Oh Kathy! Your jam looks lovely. I'm sorry you are so sad, I hope the bath and the Dr visit helped. Sending hugs.

what a terrible thing to have happen with your quilt entry, somebody really screwed up; I feel quite angry for you over it! And your daughter moving out on top of it. geeze.
I hope the "Dr" and a good night's sleep helps a bit.

Oh, Kathy! What a day you had! No wonder the Dr had to visit. The daughter leaving is something all Mum's will have to go through, though, even if it is tough! But the mix-up at the quilt show is something that really shouldn't happen! I hope you find out what occured and get a propper appology from the organisers!

At least the jam looks yummy ;-)

What a cruel thing to have happened to you. I'm so sorry.
I know you are worried but I'm sure your daughter will be fine in her own house.I'm sending hugs over the water to you.

You forgot the chocolate!
Boy did the lines get crossed or what.I can only imagine the cruelty of the whole thing.....
I hope today is a better day for you!

Where we used to live there was a consumer reporter whose tag line fits perfect here . . . 'It ain't right!'
Hope the doctor brought a bit of relief *s* And no matter what that silly jury says - I bet your quilt is just delicious in every way!

I love peach schnapps! And yes, coupled with a nice long soak, it makes things bearable.

{{hugs}} I hope you feel better today! What a rotten thing for the quilt show to do! Hopefully your DD isn't too far away~?

I feel so badly for you. It just doesn't seem right. I hope the doctor helped you feel better. Your quilt is really beautiful.

I hope your week will improve. I know how I would feel if I were in the same situation. Nowhere to go from here but up.

That's a sad story, heartbreakingly sad......anyone who has ever entered a quilt in a show can totally empathize with your emotional roller coaster.

Hope the Dr. cheered you up some!

oh no, that's horrid. I suspect they missed out on showing a terrific quilt.

I will say that I do like your idea of a Doctor's call.

Oh Kathy Kathy! As much as I want to giggle at the "DR" comment, I can't. I am so so sorry for the crushing day you had!!!

That's horrible, Kathy! I hope you find out what happened with your quilt. The jam looks great.

AAAAAAAAAAAAAA you poor baby!!!! I just bet that your quilt was so awesome they were afraid that someone would steal it right off the wall, and that everyone else would be so jealous they would throw thread at it to make it look bad. I want to see your incredible quilt please!
hope the dr. helped!

How awful about the quilt. I know how hard it can be when a child moves out. I hope you're feeling better now.

That's awful! Shame on them...how can they make you think one thing
and then do another..:o(

What terrible communication on the part of the quilt show! Sorry this happened to you. Hope you are beginning to feel better. Take care!

Even though this is coming two days later, I still felt the pain. I'm sure it was a mistake (quilt show) but it just shouldn't have happened. As for your daughter, I remember the year each of my four children moved out to places of their own. What a hard year that was but within that year I learned I could rebuild a new life for myself and that it was good. Prayers for you.

How disappointing, I'd be upset too.

Oh Kathy, how sad. I appreciate your sharing...in so many ways, your paid employment (I read The Record), your quilting and teaching, your "Kathy Homemaker" tips, your photography and your willingness to blog. Your quilt being rejected after believing that it was accepted and your daughter leaving her birth home to make her own home both happening on the same day is warm fuzzy slashing. You will have a quilt in a juried show. You are talented and gifted! The hole that a child leaves after moving out always exists but we must learn to adjust. I pray that your relationship with you daughter will expand as she lives away from your house. It does happen. I speak from experience :) Hugs!

Hopefully, the morning was a bit brighter for you .... such sad happenings, for sure!

Aw....just read this tonight and I feel your pain. Hopefully, you're feeling much better by now! Did you ever find out what happened???

Sending extra hugs for you.
Jacqui

Belated sympathy, what an awful thing to happen! Hope you got to the bottom of it and at least received an apology. 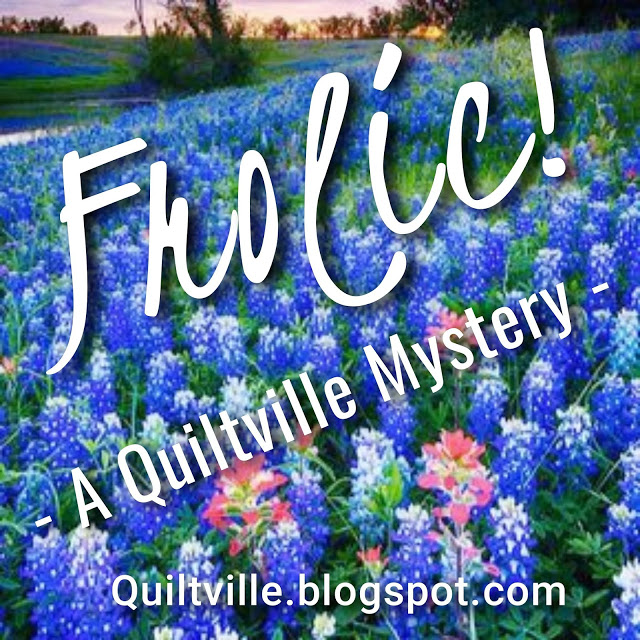